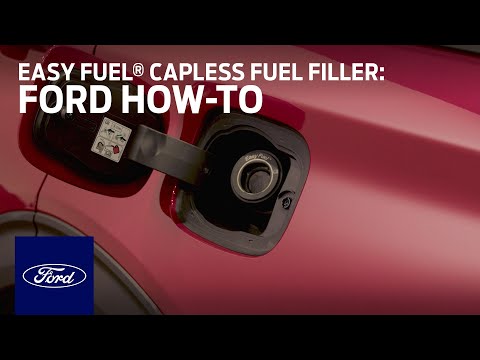 When you're on the road, the last thing you want to happen is for the wrong type of fuel to be put into your vehicle. With the Ford easy-fuel capless refuelling system, the opening for the fuel nozzle has a built in inhibitor which prevents the wrong sized nozzle from fitting, ensuring you do not accidentally put the wrong type of fuel into your vehicle. This also has added security benefits because any foreign equipment that attempts to enter the opening, such as a hose, the latches on the internal structure will not release, preventing fuel from being siphoned. The number of fuel thefts has risen dramatically by over 25% in the past year to 4,5000 cases in the UK annually. With the Ford Easy Fuel system, you get a double layer of protection.

The system operates by using a spring loaded flap which is held closed by 2 latches which can only be opened by using a standard sized fuel nozzle. As petrol and diesel nozzles are different sizes, this system means you won't be able to insert the wrong fuel type nozzle into your vehicle, either because it won't fit or because the latches are not released. Any other equipment that may be used to steal fuel will not fit either and therefore the latches will not release. Another benefit of this system is that the fuelling nozzle itself opens the latches and flap meaning you do not need to physically touch any potentially dirty filler caps like you might do on a traditional vehicle.