The Ford Mustang Mach-E has added a perfect 5-star double Euro NCAP and Green NCAP to its growing list of awards and recognitions.

Ford’s all-electric SUV has received maximum 5-star ratings in assessments by both the independent vehicle safety authority and the independent initiative that promotes the development of cars which are clean, energy efficient and not harmful to the environment.

Mustang Mach-E’s performance in stringent crash testing produced scores of 92 per cent for adult and 86 per cent for child occupant protection.

A 94 per cent score for energy efficiency included full marks for operation in cold and warm condition laboratory tests.

“Mustang Mach-E was developed from the ground up as an all-electric vehicle, so we could develop safety and environmental performance into every corner of the all-new design,” said Stuart Southgate, director, Safety Engineering, Ford of Europe. “The result is that customers can be confident they’re driving a vehicle that can look after them just as much as it looks after the environment.”

The new recognitions from Euro NCAP and Green NCAP join a list of more than 20 Mustang Mach-E commendations from around the world, from an iF DESIGN AWARD for the integration of the premium B&O Sound System speakers, ** to earning Ford a Connected Car Manufacturer Award at the Automobile Awards by MOTUL for its the next-generation SYNC technology.

Find out more about the Mustang Mach-E

Take a look at the Mustang Mach-E in action in the video below. 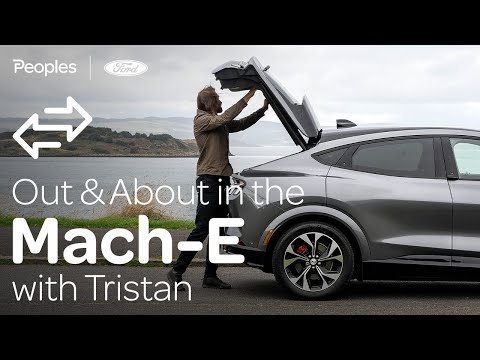 If you have any questions about the Mustang Mach-E or would like to book your very own test drive, simply enter your details in the form below and a member of our team will get in touch with you to help.